Sungha Jung (born September 2, 1996) is a South Korean acoustic fingerstyle guitarist who has risen to fame on YouTube and other sites. His channel has over 869 million views and more than 2,720,000 subscribers.
Sungha typically takes three days to learn and practice a new piece, and records himself performing the song, uploading it onto YouTube. He plays a variety of guitar pieces that cover a broad range of genres.
Sungha has won 15 awards on YouTube, including 6 “#1″ awards. Sungha’s video with the most views is the one which shows him playing the theme from “Pirates Of The Caribbean”.
In 2010, he was featured on Narsha’s solo album “NARSHA”, and in 2011, he performed in the US with Trace Bundy, as well as touring in Scandinavia and Japan.
Sungha acted as Ahn Hyeok in the 2011 Korean movie, The Suicide Forecast.
Sungha has composed 18 pieces as of February 2011, two of which are featured in his debut album, “Perfect Blue”.
He released his second album, “Irony”, on 21 September 2011 and 3rd album “Duets” in 2012.
His 4th album “Paint It Acoustic” came out on 15 April 2013 and the 5th album “Monologue” just came out on April 2014.

Those who purchase VIP tickets will get the chance to take a personal picture with Sungha on concert date at 17:30 PM , You can also get one Sungha’s signature CD. 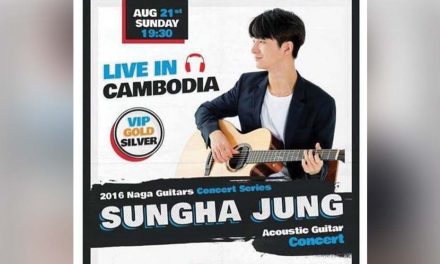